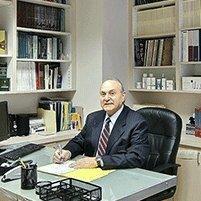 Today's rhinoplasty techniques can be used to address many issues affecting the shape and size of the nose, providing better balance for the entire face. As a top provider of nose reshaping procedures in Glendale, CA, Cosmetic Surgery Glendale helps men and women achieve better facial symmetry so they can look and feel their best.

How can rhinoplasty improve the appearance of the nose?

Because the nose is located in the central portion of the face, rhinoplasty can have a dramatic effect on the appearance of the entire face, helping patients achieve improved aesthetics, better symmetry and a more pleasing balance among the features. Rhinoplasty may also be referred to as nose reshaping or a “nose job.”

How is rhinoplasty performed?

The specific approach will depend on the issue that is being addressed by the surgery, but generally speaking, the procedure will begin with incisions made either outside the nose along the creases where the nose meets the face to camouflage incisions or inside the nose where incisions cannot be seen. Once the cartilage, bone, and other tissues are exposed, special instruments will be used to remove and reshape the tissue, then the skin and other tissues will be redraped, and the incisions will be closed using very tiny sutures. The nose may be packed with surgical gauze to control bleeding and swelling, and a bandage and splint will also be used to help protect the nose and “hold” it in its new position during the initial stages of healing.

After rhinoplasty, there will be swelling and bruising around the eyes and nose, and compresses and painkillers can be used to reduce discomfort. There will be some limitations on activities like bending and lifting during the first week or so. The head should also be kept elevated during this time to help reduce swelling. About a week after surgery, the splint will be removed. Bruising and swelling usually resolve entirely by about two weeks after surgery.

Plastic surgery is often considered “elective surgery” which is not covered by most insurance plans. There are some operations that have a significant functional aspect such as breast reduction because the weight of your breasts causes you pain or interferes with normal activities. In this instance, it may be considered reconstructive rather than cosmetic. Please call our office and we may recommend that your insurance company is contacted before surgery to determine whether coverage is available. For those patients desiring alternative payment methods, most credit cards, cashier's checks and cash are also accepted. We also deal directly with Care Credit for patient financing.

Words from our patients